I got this bright idea last year to build my own craps table.

The table I built morphed into many forms, each one a little better than the previous form.

This blog entry will chronicle the entire project up to the present.

At first it was going to be a portable thing to have some fun with friends, while camping, or at friends’s houses.
I set out to build a foldable, portable table.
Here is what I ended up with. 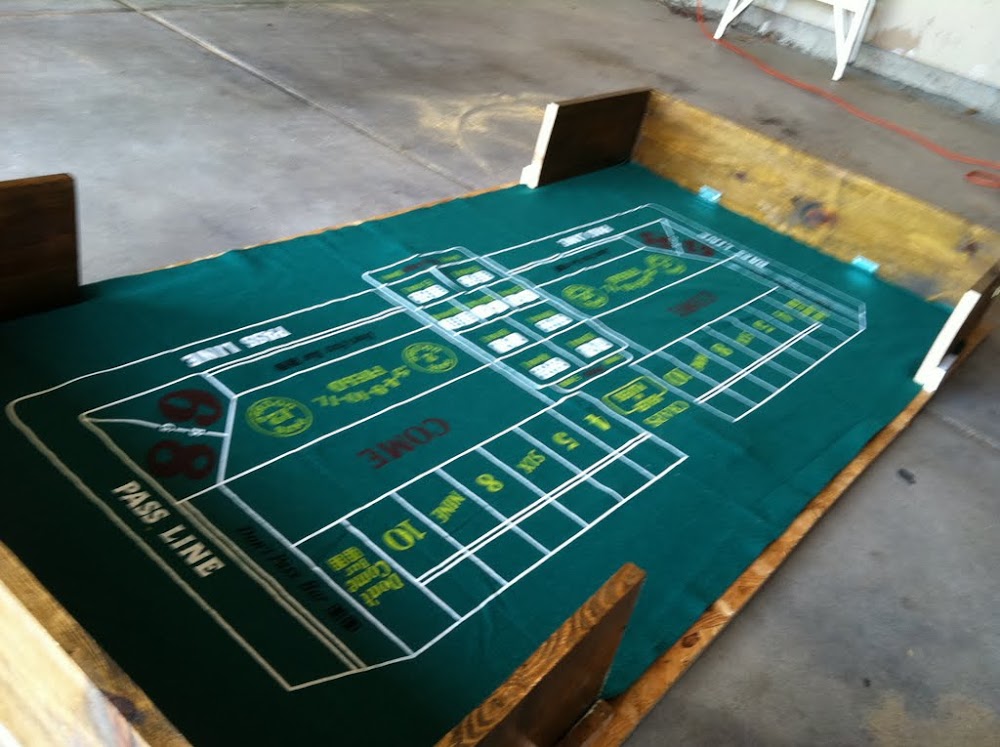 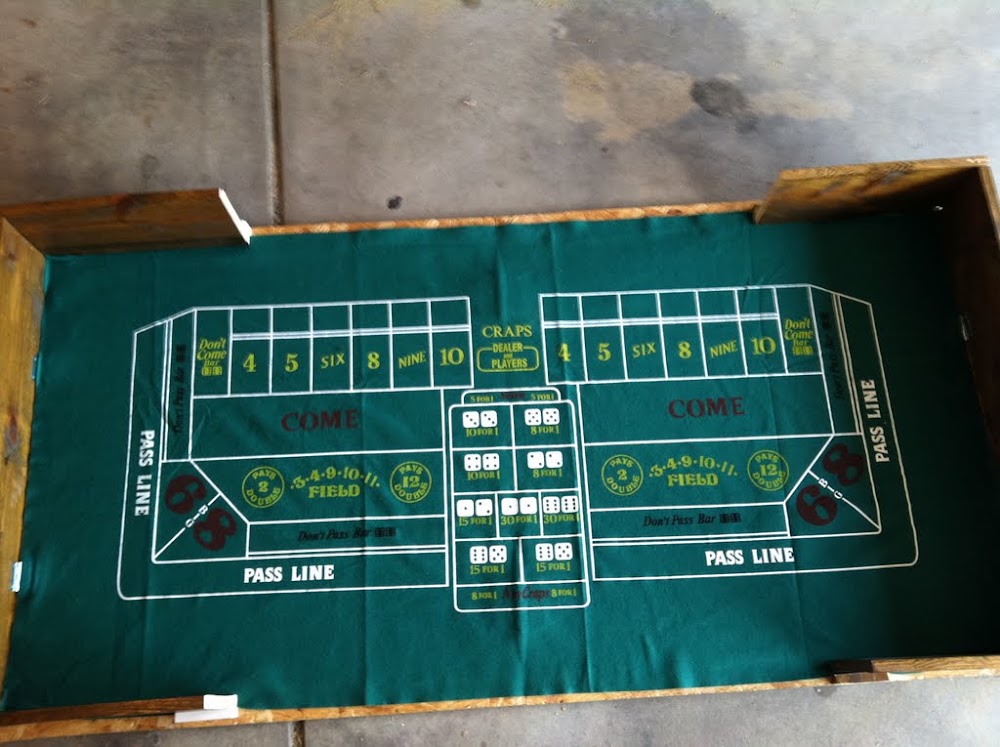 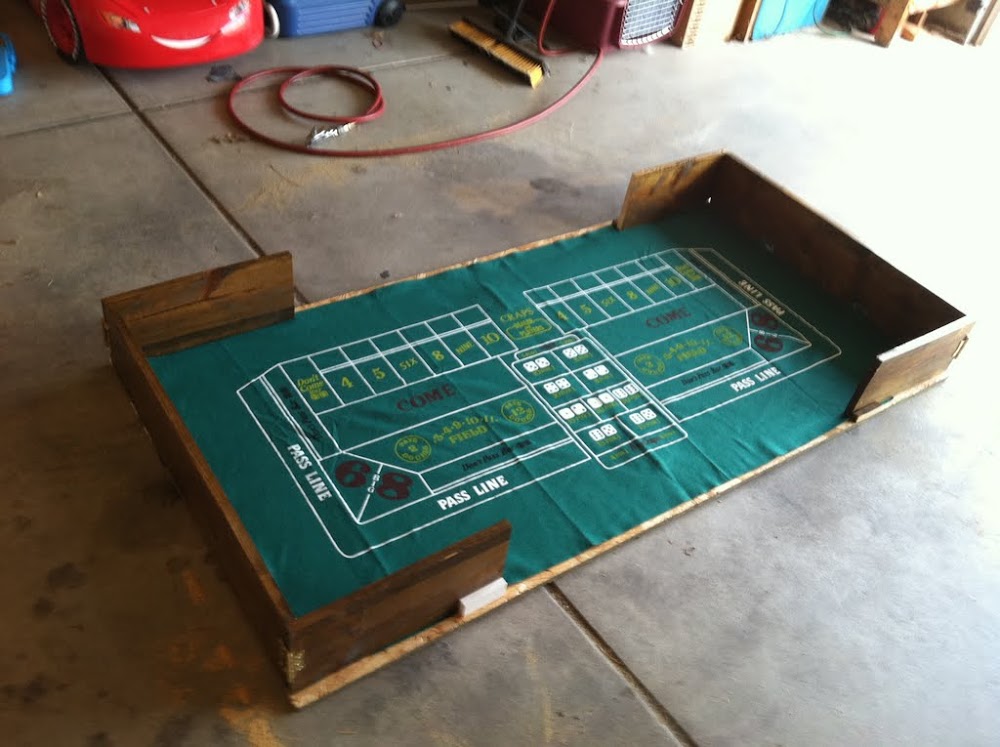 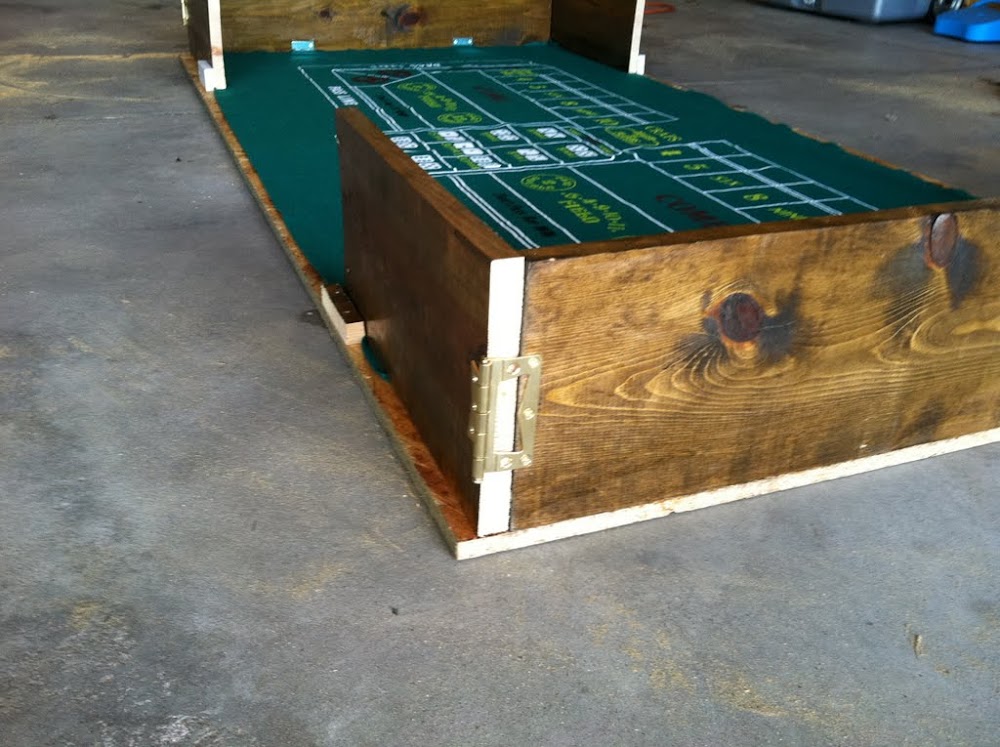 I bought the layout from target.com. I needed some chips, so I went to amazon.com and found a set. 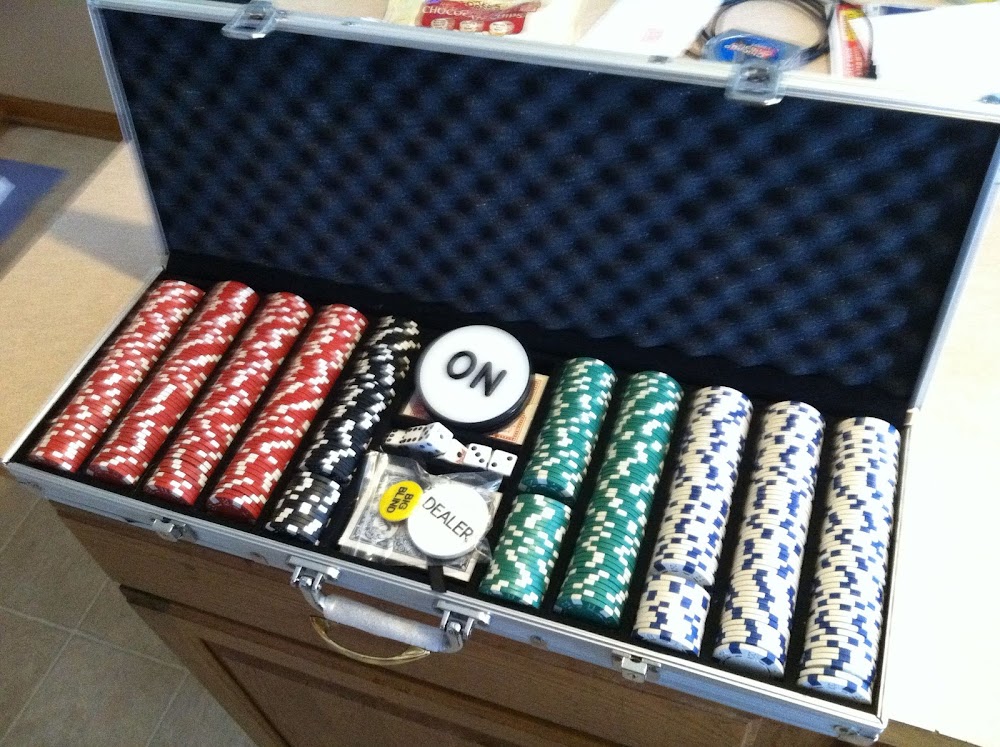 I also bought the ON/OFF puck from Amazon.com.
I bought a stick and some good dice from Amazon also.
We were on a roll and wanting more! 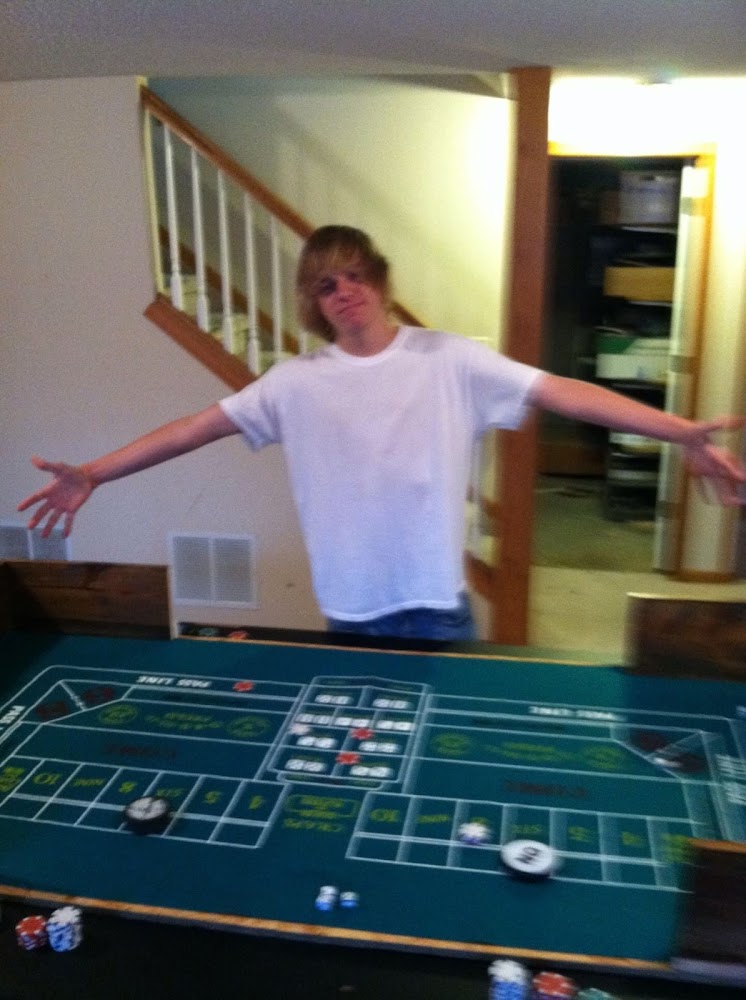 Fall 2011:
At this time, it was sitting on my pool table, which can also be a small ping pong table. We wanted more.
I got to looking around, and found an old waterbed frame that was not going to ever be used again. I decided to cut it into the necessary lengths needed, and put it on a fresh piece of mdf cut to size.
We cut and readjusted the waterbed padded rails, and we had us a craps table! 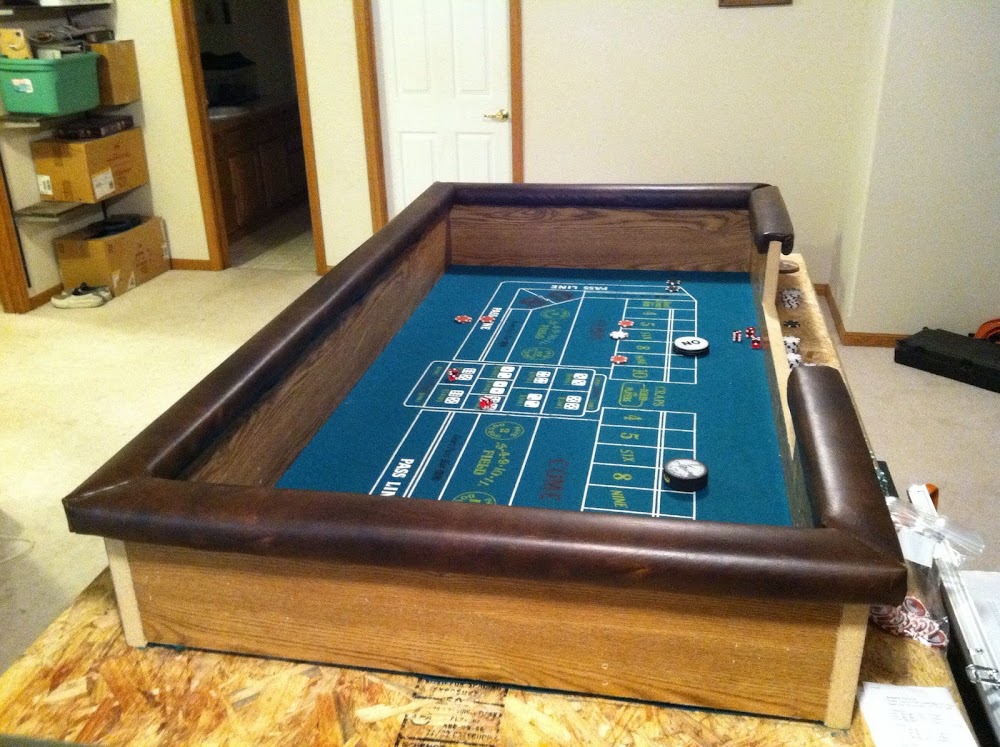 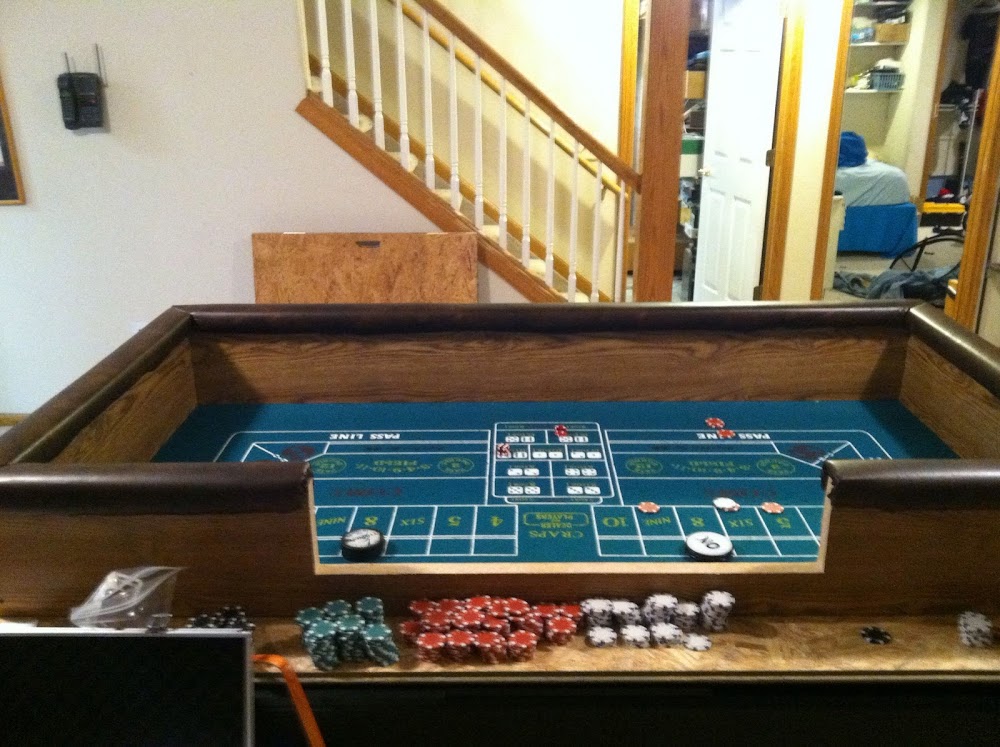 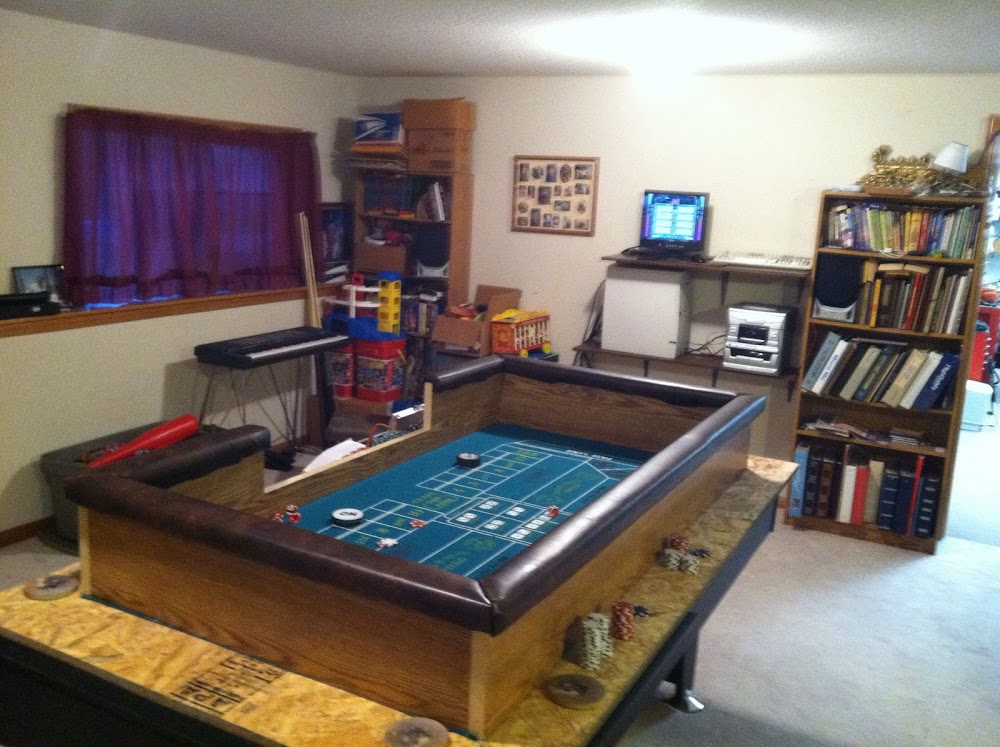 This worked even better. You could drag the dice across without hitting hinges, and you had a real box to contain the dice when thrown.
I discovered the need for more chips, so I ordered another set from amazon.
I got tired of containing all those chips and ordered a blackjack table chip tray. I added it to my table like this. 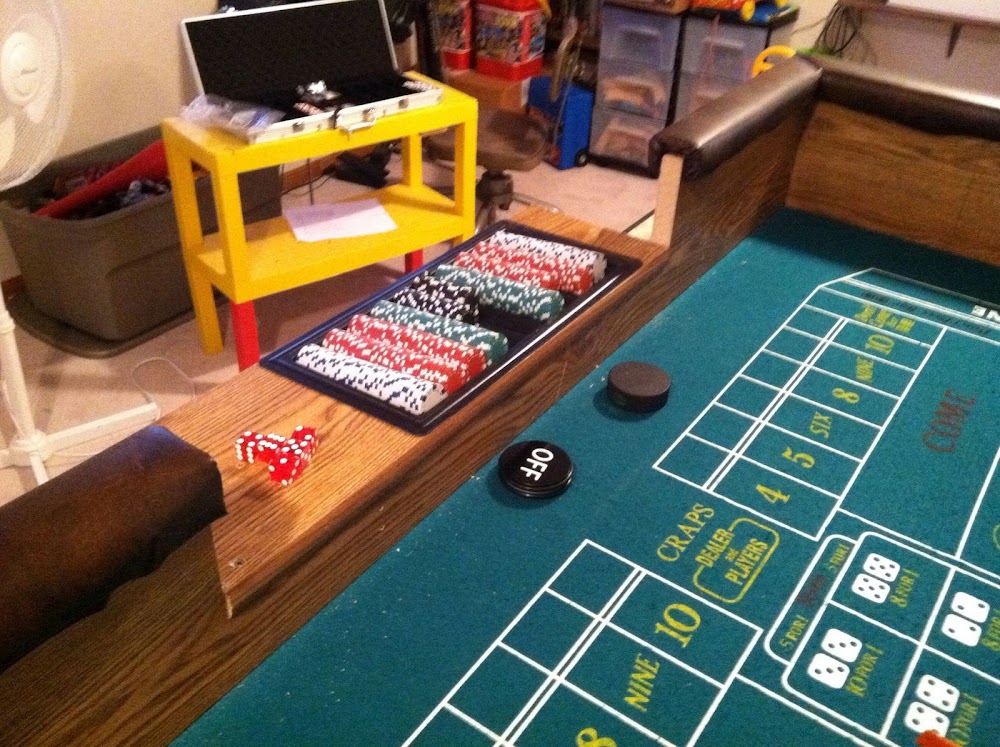 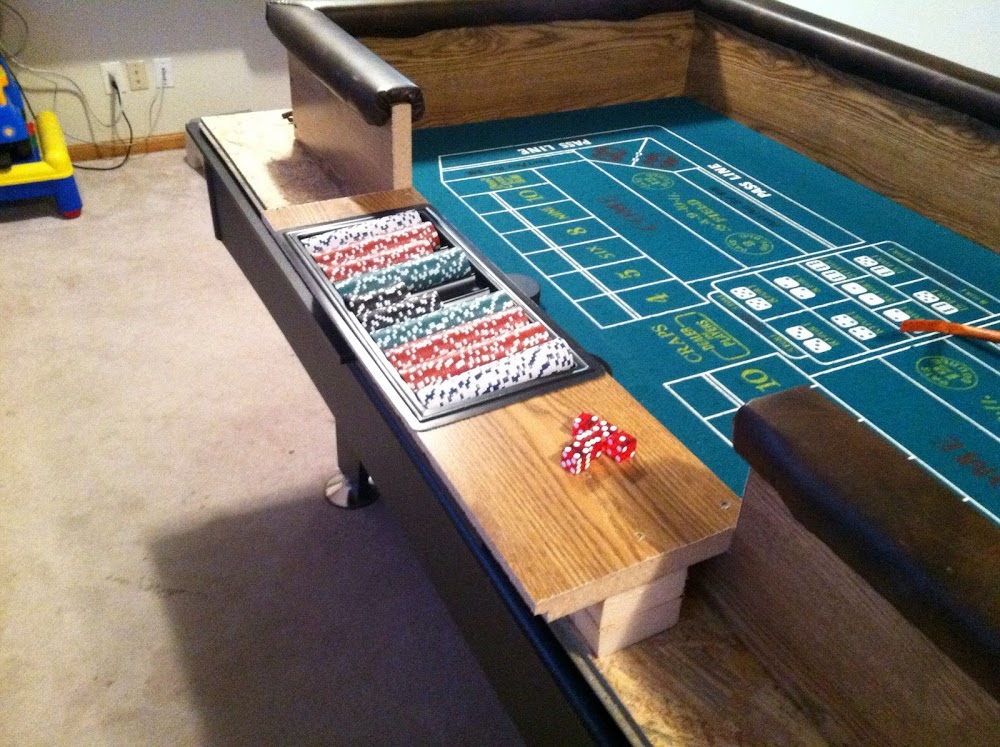 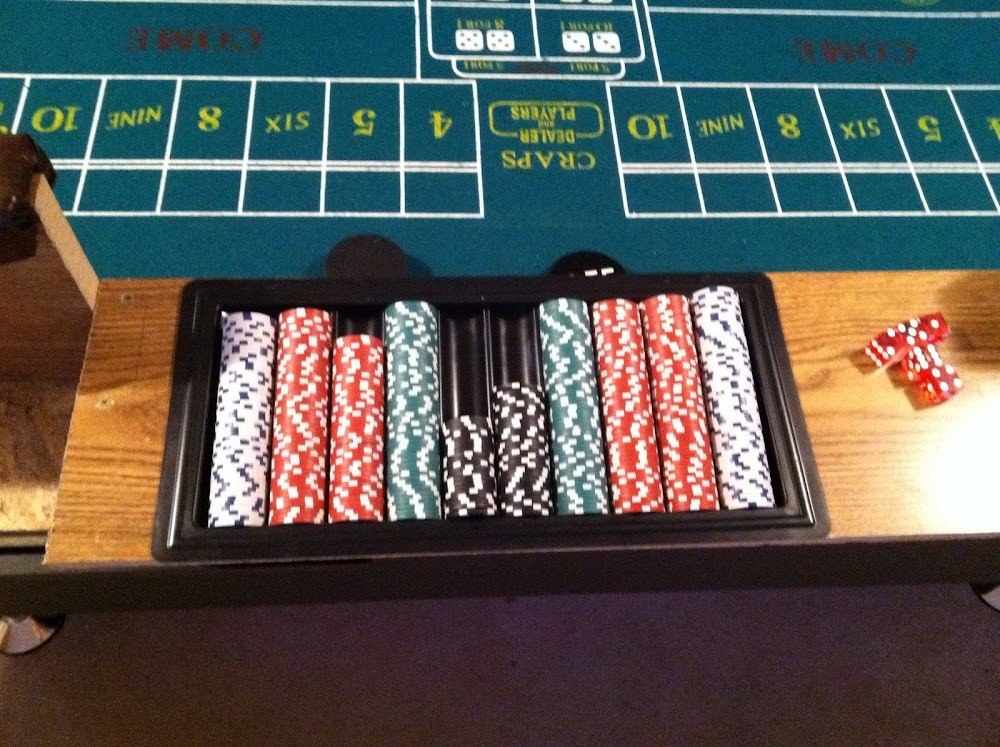 This worked out great! I also bought 10 of those plastic five row chip trays for everyone to use. These work great too. 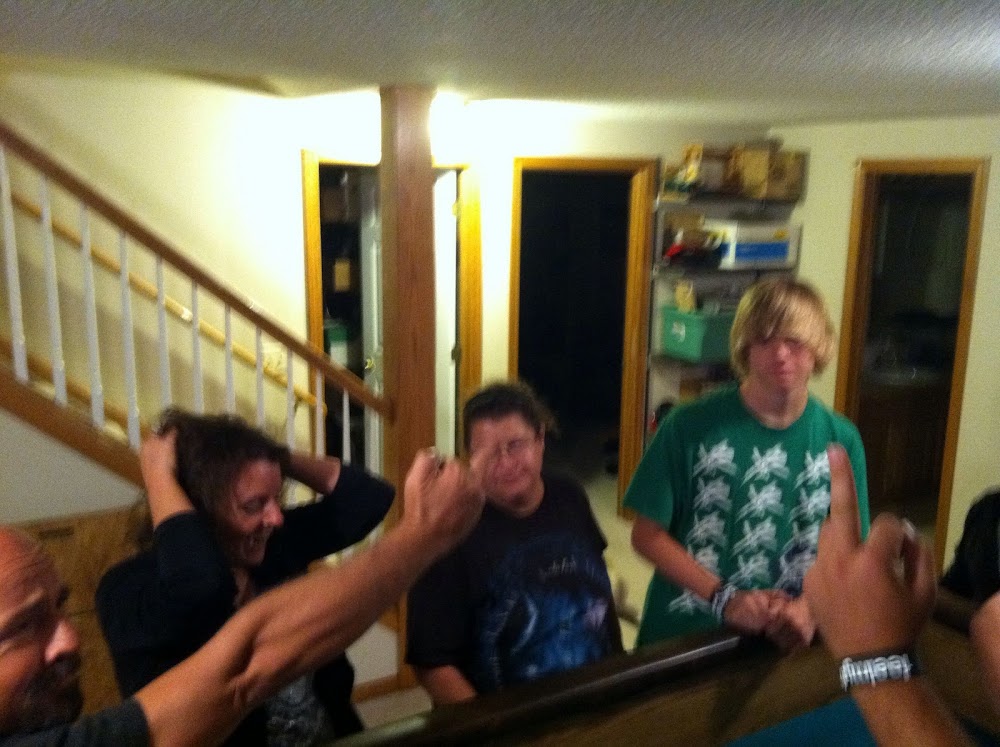 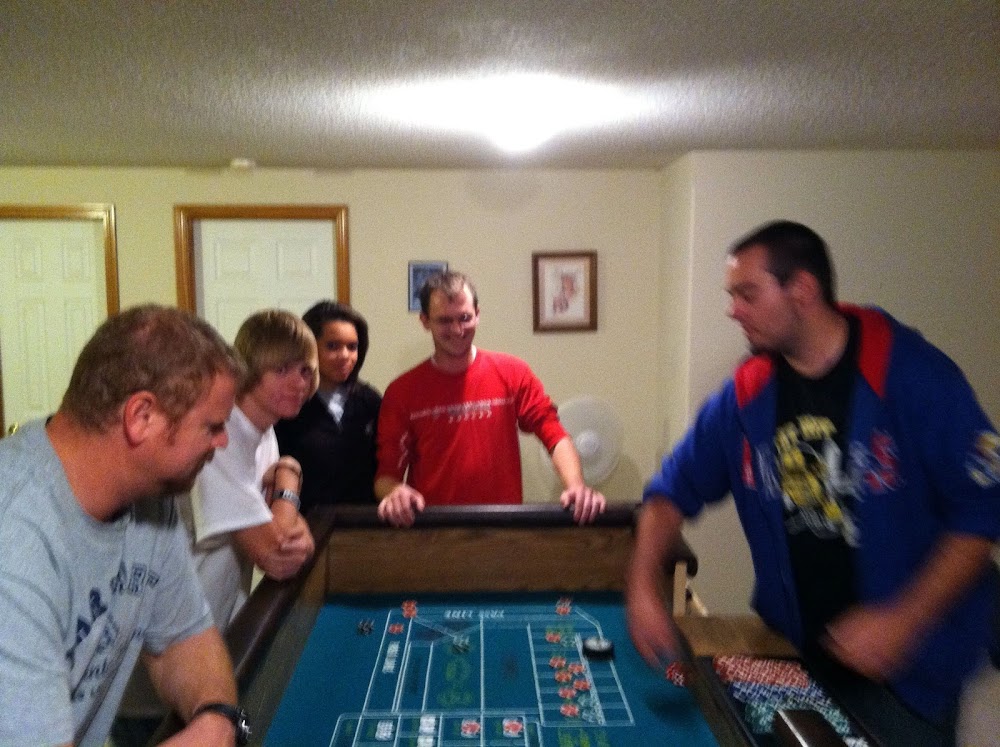