I got really energetic today, and got some more progress done on the table.

I bought some 1/4″ plywood today. Spent a little more than I figured, but the cheap stuff looked like shit.

Here it is screwed to the top of the OSB. I reversed the seam to the other end on the extension. I also tried to not put any screws around the perimeter as they will show. Later I find that isn’t really possible. With 1/4″ wood, I can’t really screw from the bottom up. I guess wood putty or die or something to hid them later. 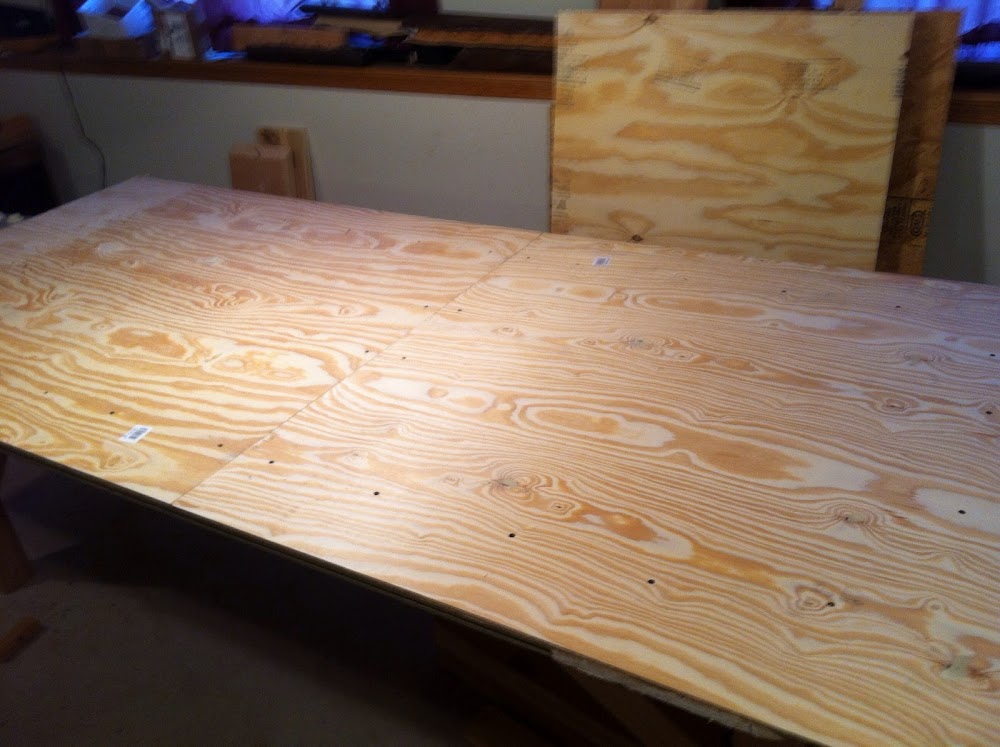 Now I turn it upside down to cut the perimeter to match. That sum bitch is heavy! It takes some doing to flip that thing. Nobody is here to help. Wifey is taking a nap, son is at a friend’s house. 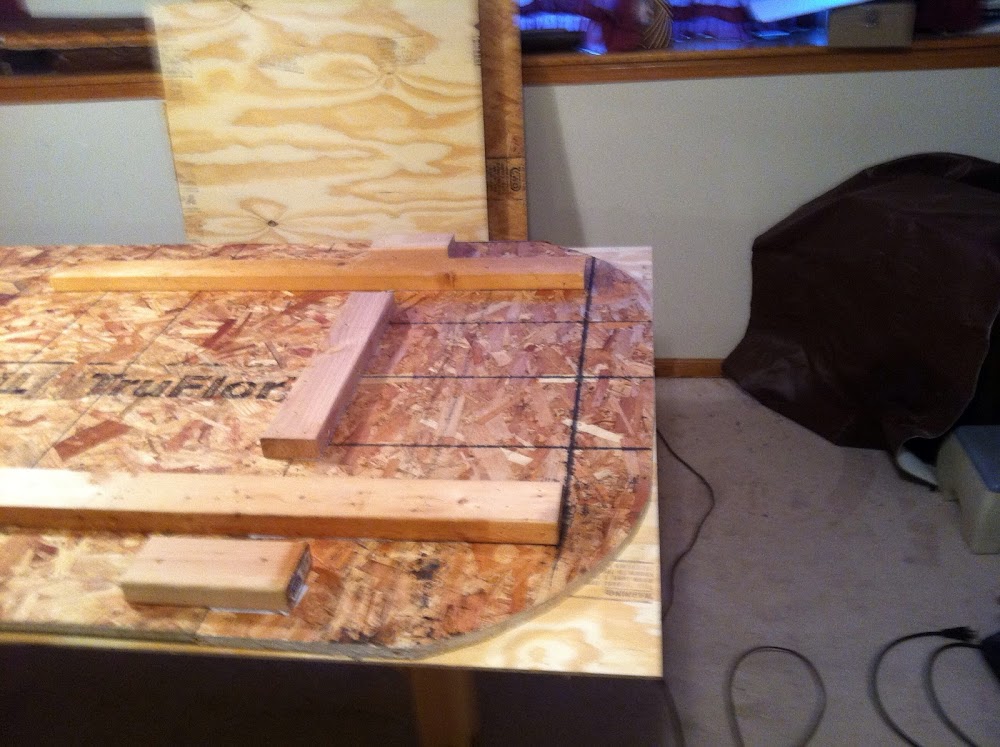 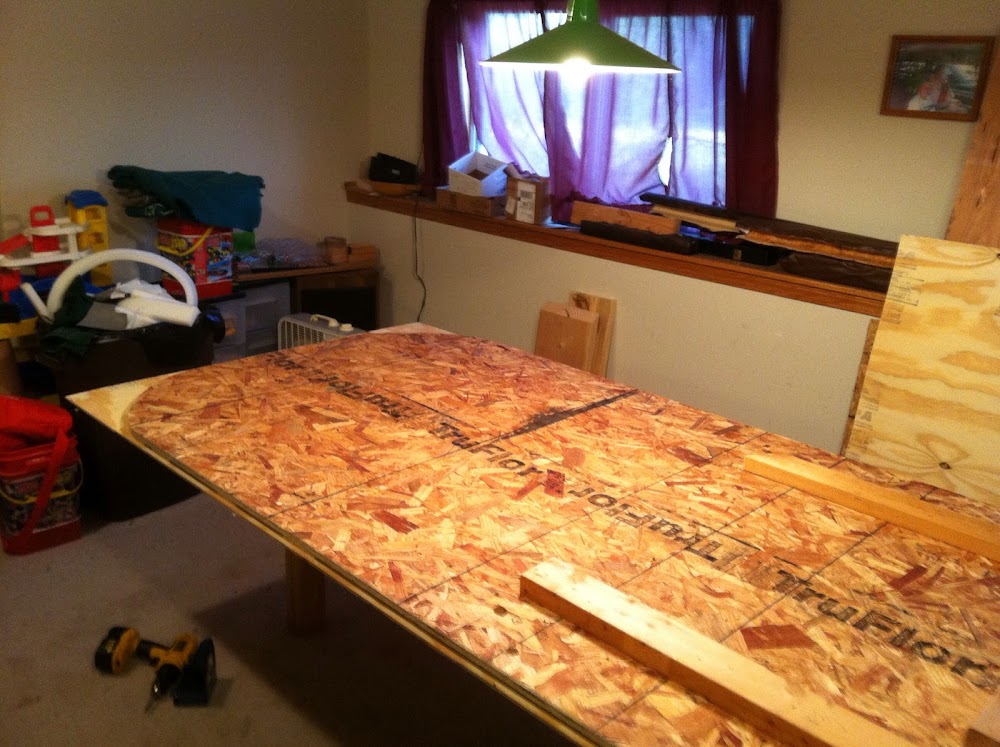 Here it is all trimmed up and on it’s side. Gotta flip it again! 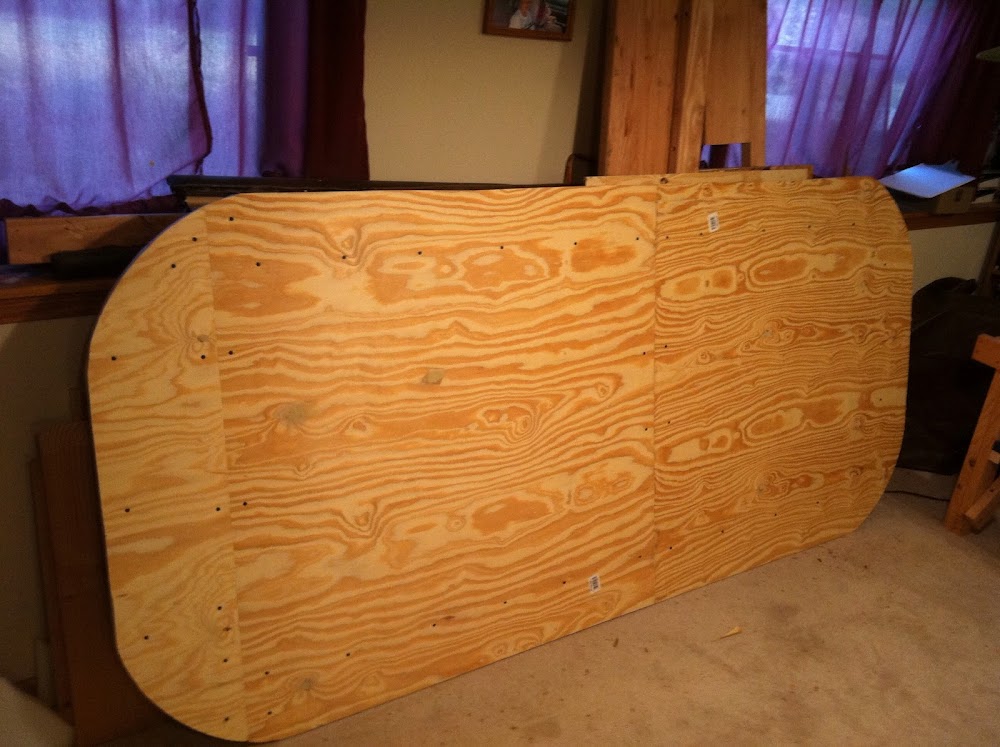 I took a pic of the stand with no table on it. 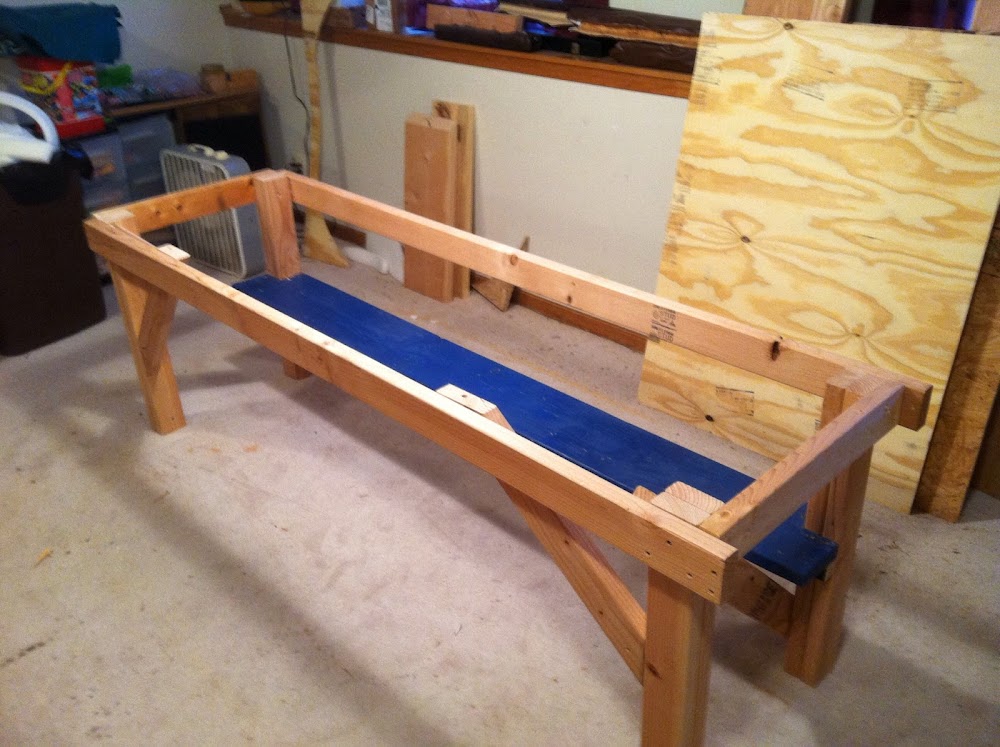 Here it is. I gotta admit it looks a lot better. 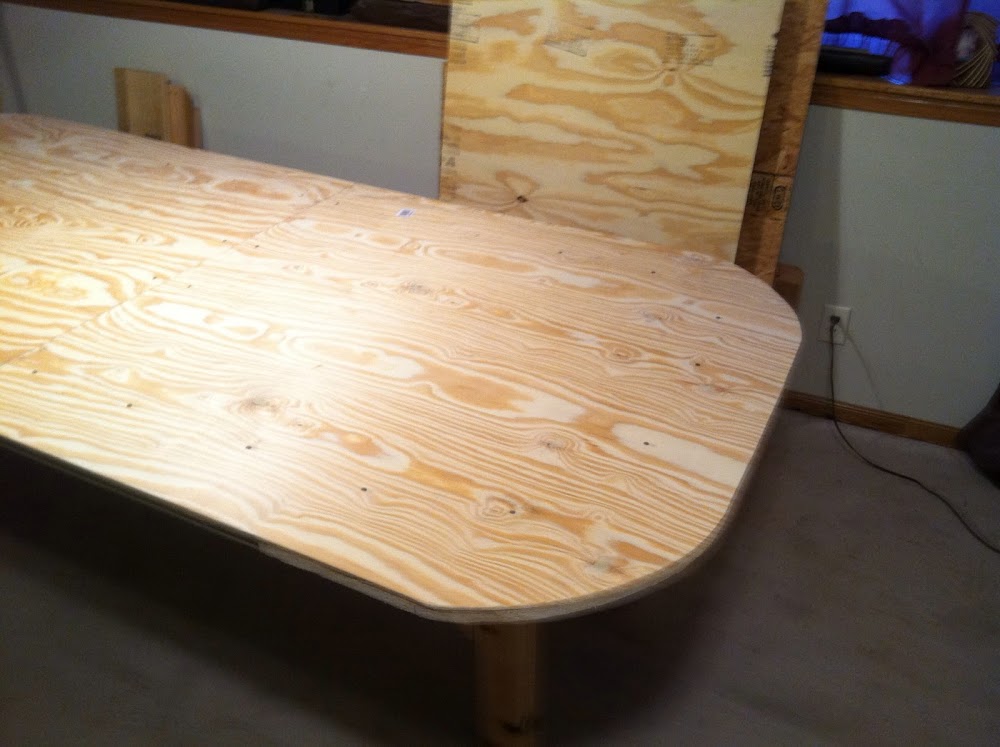 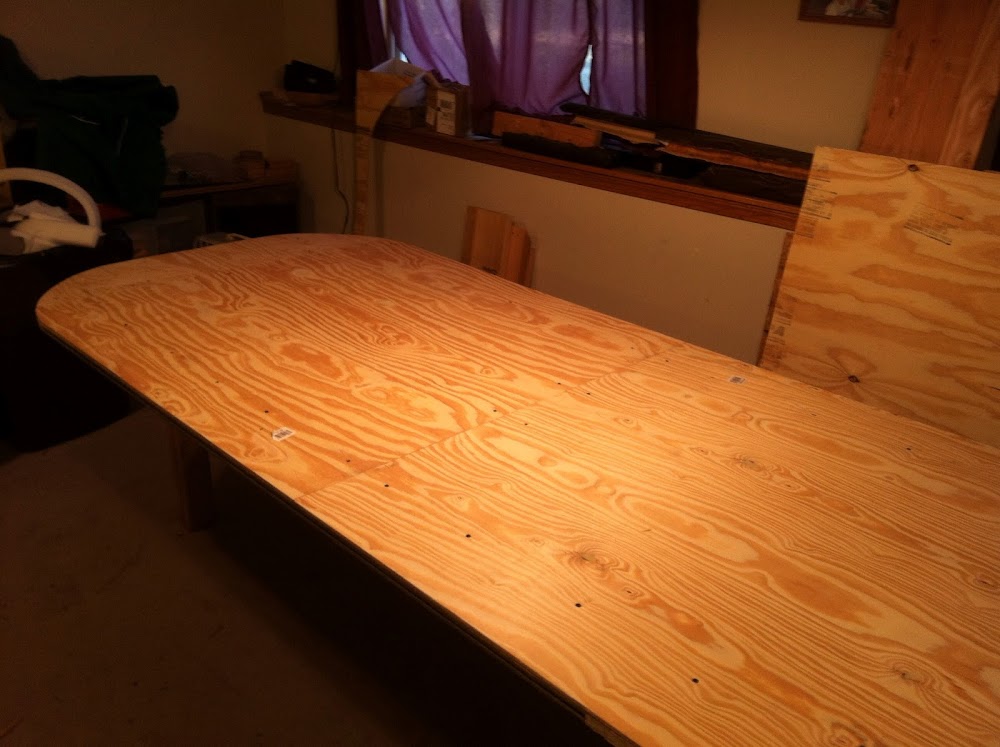 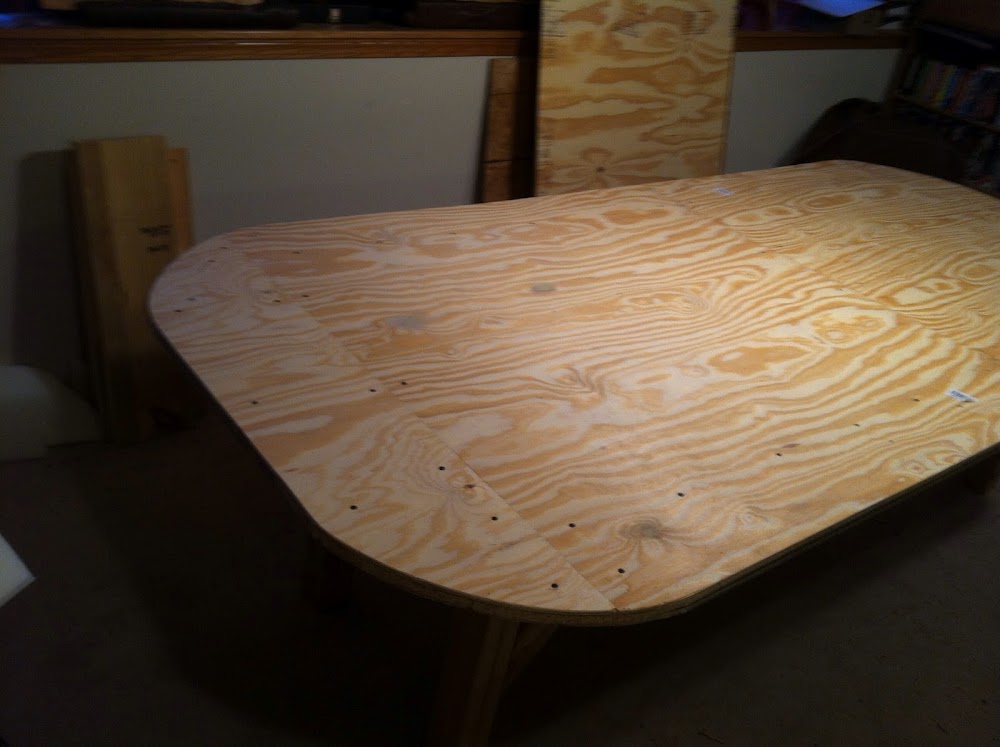 I sanded the edges and started sizing up the layout. 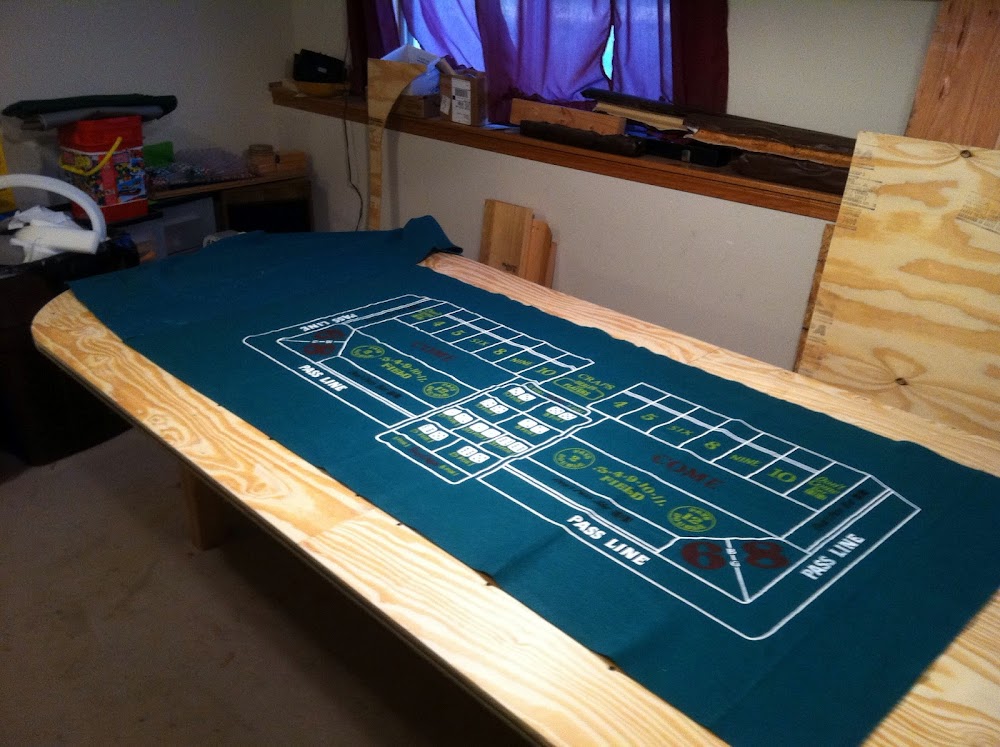 I planned on using the old layout upside down on the ends to make up the distance. It looks like the colors don’t quite match. I guess it faded a little. I could order another one, they are cheap. 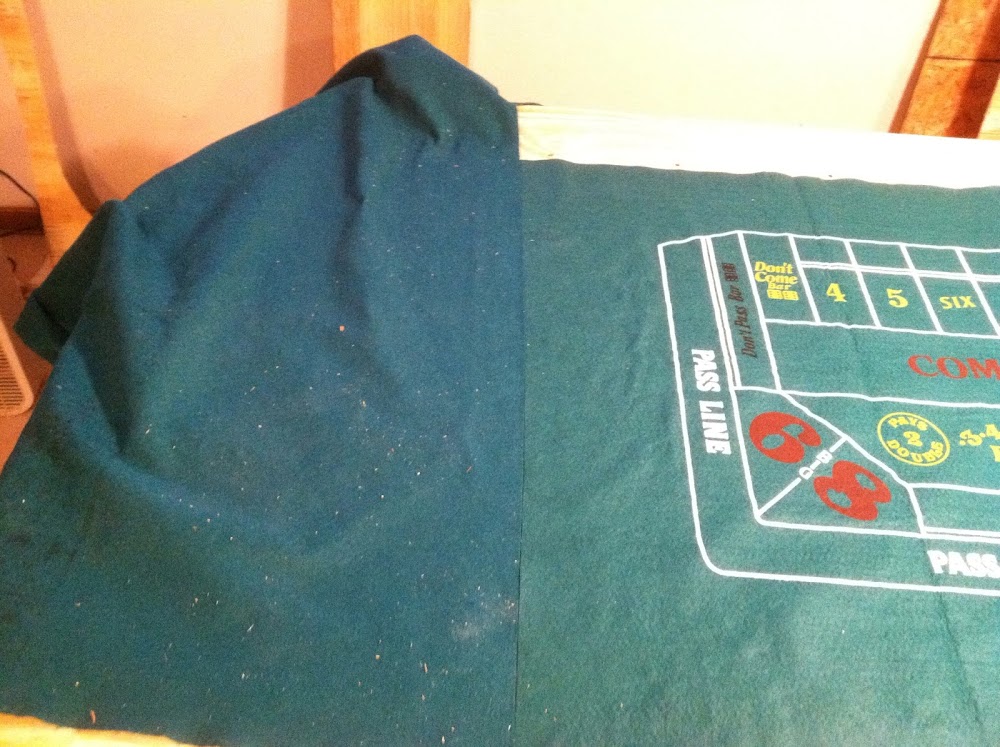 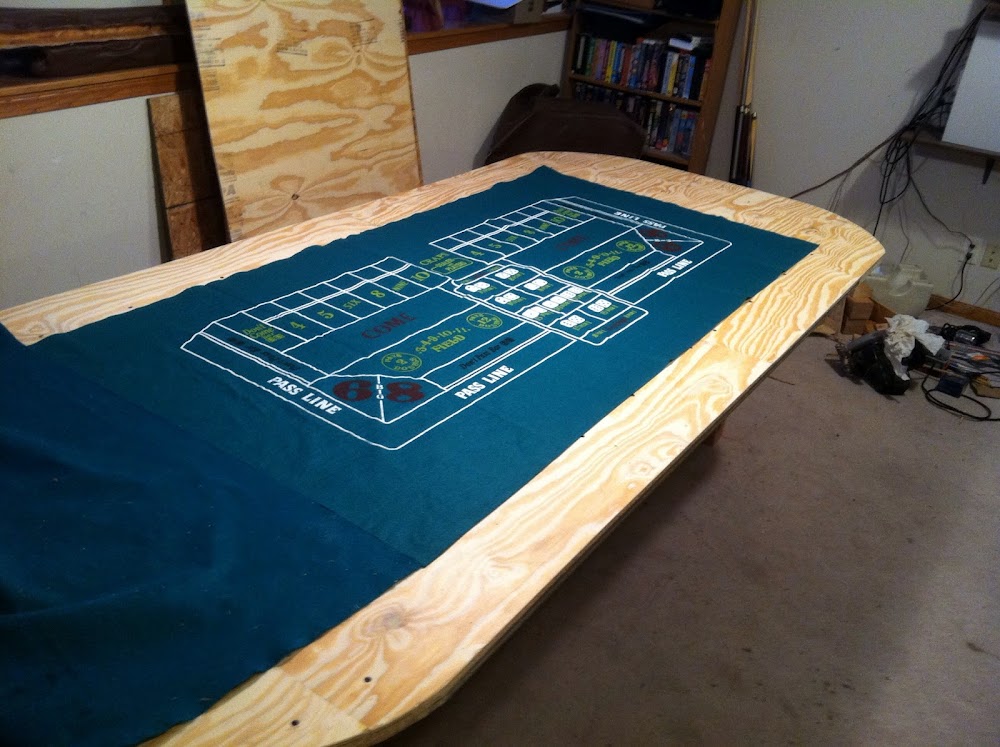 Here it is all centered up. 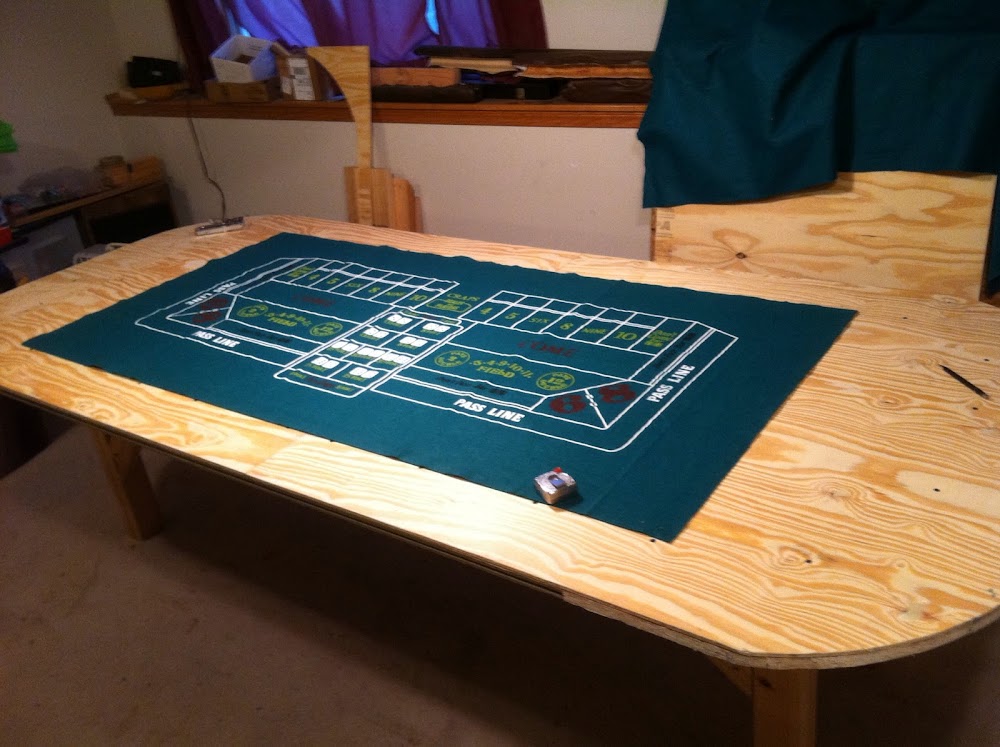 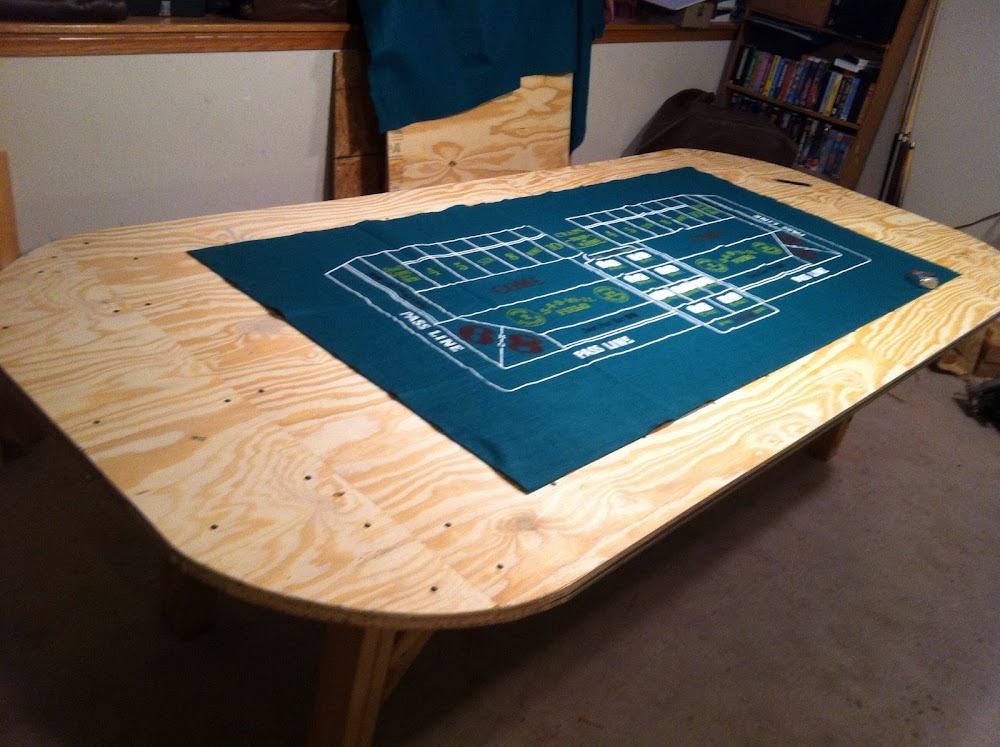 Now I need to decide how to attach it. I stapled the other one. Just on the ends where it meets the extra. The rest ends up under the walls.
I could use that spray glue. That stuff is real easy to screw up with and make a nasty mess.
That will be tomorrows problem. I’m done today. All that lifting was a lot of work for this old guy.
Post Views: 408