I know it’s not pretty, but I tried these metal straps to connect the three parts to the padded rail. I was going to use epoxy and some thin type of plastic, but saw these and thought I’d give it a try. With some really short screws, and doubled up, they seem to work fine. Hopefully they won’t be too noticeable under the padding, when leaned on. 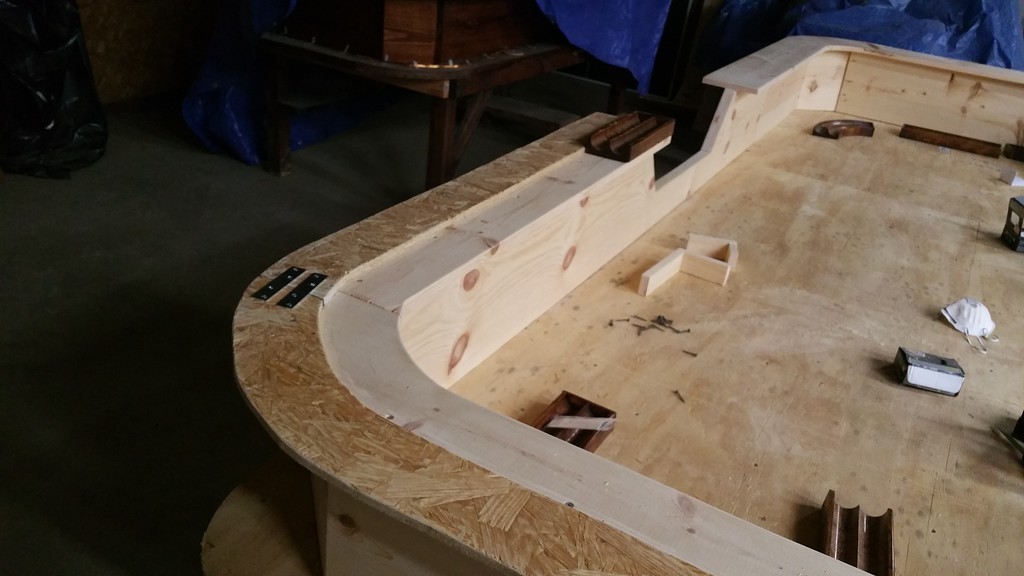 I decided to put the Blackjack chip tray in the center of the dealer side. This way, the dealers can both have access, and it keeps the chips off the table.

Here is the other end with the padded rail done.

I boxed in the chip tray and secured it better. I think it looks better also. All that is left is the chip trays, and completing the padded rail. Also, install the layout, with some flannel under it.

I ordered a 1/2″ collet for my router, so I can make some new chip trays. While I’m waiting for that, I’ll probably stain what I have done